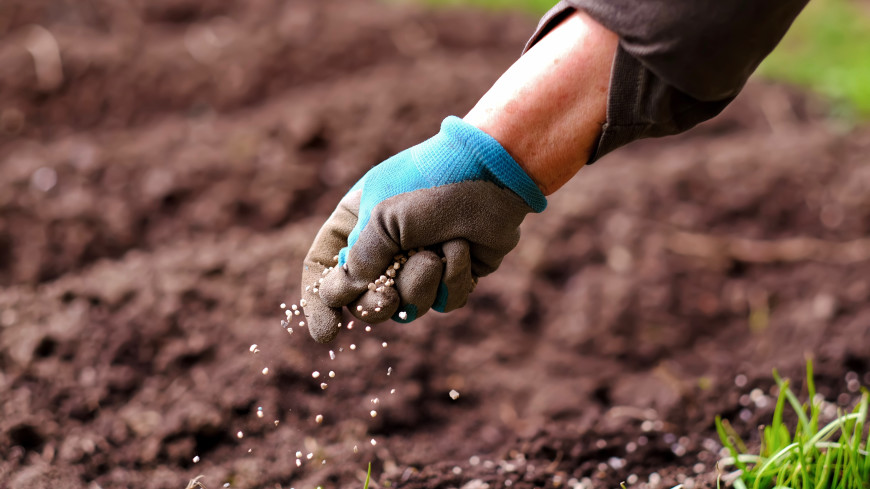 AgroLeto-2018 LLP is spread over one thousand two hundred hectares in the Osakarovsky district of Karaganda region. Soft and durum wheat are among the main crops grown here.

- Flax and barley have been added this year, - says Vyacheslav Smirnov, Deputy Director of the partnership, - these crops are export-oriented, and therefore are considered marginal.

This season LLP is preparing for a full-scale agrochemical analysis. In the meantime, we use “standard” fertilizers: ammonium nitrate that is applied at the beginning of the season to stimulate mass growth and ammophos, which affects the ripening and quality of grain. It was this “couple” that contributed to a tangible increase in grain yield last season:

The yield dynamics on the lands of AgroLeto-2018 LLP is strongly tied to precipitation, and in good years (which were the 19th and 20th) it reaches 25 centners/ha for wheat and up to 30 centners/ha for barley. According to Vyacheslav, much depends on the observance of tillage technologies, as well as on the application of fertilizers in the spring just before the start of the season:

- We met the sowing dates thoroughly. The new equipment did not disappoint us. However, we have to cope with the nature’s caprices: if earlier we traditionally sown from May 16 to May 25, now I notice that the latest sown fields give a greater yield. Last year, our average yield was within the range of 11-12 c/ha, and if we had not used fertilizers, it would have been several times lower. I think, it would definitely be less by 4-5 c/ha!

The economic benefits are obvious, and after all, five years ago, almost no one here worked with fertilizers at all. Since about 2020, as Vyacheslav noted, local farmers took the “right direction”, when the use of fertilizers has become a real boom, which even turned into a shortage of fertilizers this season. Smirnov states that the best choice among producers of agrochemicals is KAZCHEM:

Our enterprise supports cooperation with domestic fertilizer producers. Against the background of a general increase in prices for everything related to agriculture, the price for fertilizers produced in Kazakhstan remained at an acceptable level, at least in comparison with fertilizers from Russia. Secondly, KAZCHEM introduced electronic document management, for example, signing contracts, supplementary agreements, issuing invoices... No need to go anywhere or wait. Everything is explained to us if organizational assistance is needed somewhere. We were even helped to reschedule payment terms if we had objective difficulties. As a result, this spring we received the goods very quickly, just ten days after payment. We did not even expect such promptness!